yalcinazat
in category Student and Young Professional Competition 2018
Post-pastoralism discovered the permaculture that was a new Edenic idea for rural only. Humanity understood that nature could be constructed stronger than its ability. This idea gained ground upon Kant’s dualist dichotomy that is inner-nature of man as animal deforms nature and outer-nature as culture reforms nature. However, inner-nature of human as an animal had several gods in nature that was feared and respected as well. The culture built a strong artificial nature, however, it disturbed the natural balance by becoming stronger than others. Hence the modernist nature idea disconfirmed all them again by showing us how human manipulated the democracy of ecology by corporativism (after post-fordist accumulation regime - Garden for leisure/dinner-time of workers).

In recent years, tourism and delocalisationalist idea militate in favour of corporativism which manage the space of leisure-time where people (not only workers) spend their salaries. For an example in this space, nostalgic products have been sold by folkloric-dressed merchants who are still respected as a heirloom by rural communities. The manufacturing type of these products are also still alive from rural as a retrospective trade and the trade network shows latent heterotopia. The Project focus on the heterotopia by observing every detail of rural relations and it aims to produce emancipation space for them in order to destroy leisure-time space. In this emancipation space, productive-retrospective social activities are regenerated by recreations from ecotones (periphery, especially riparians for Lüleburgaz: an intersection of water and city) to urban nucleus. In addition that theatrical rural activities in metropolitans should be banned from urban spaces and authorities should promote these activities from their real addresses.

Consequently, The project is a new emancipation space theory before the neorealist war between a state and global companies on unproductive leisure-time space. First of all, exploited and consumed space are analysed with Lefebvrian x Urry's idea and Simmel’s concept of the structure-historical function of urban. And The project initiates a new discussion on Landscape planning by using Stavrides's research of heterotopia. The main target of the project is a correlation between space production and nature design by using social theories and geography.
Entry One-pager: 2018_Azat_Yalcin 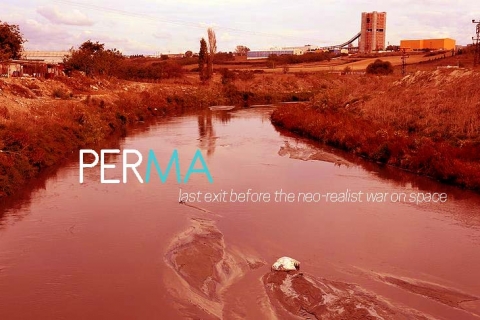 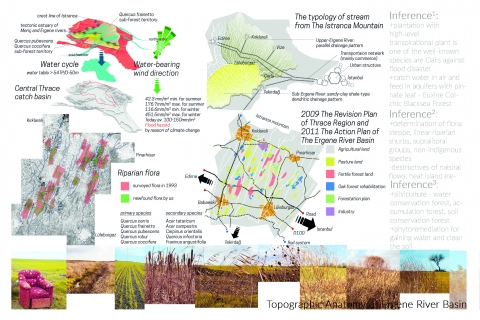 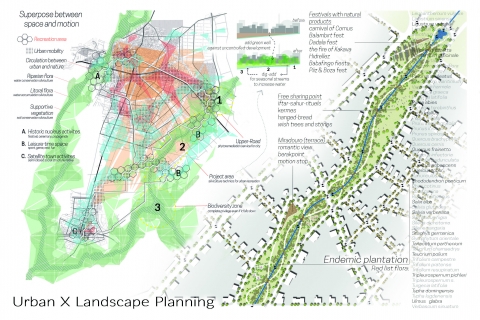